Hamilton and Farrow come off second best in a near 8 hour long skirmish with Pure Racing Team, but extend their championship lead in the Sports Car Open.

Mivano XX, 2nd place, Marcus Hamilton, Matt J Farrow: Starting from pole position, Marcus lead the field away well, and through the first round of traffic held off both PRT cars, with their chief rivals in the championship colliding with a GTE and retiring soon after. For the next 7 and a half hours, Matt and Marcus then traded places with the sister PRT car, battling for the lead with some stunning passes and defensive driving, with neither car further than 5s apart at any stage. Despite us leading the most laps of the race, PRT’s pace was too strong as the race developed and we finished a close second.

Mivano XXI, 4th place, Tommaso Carla, Mike Partington, Will Tregurtha: Starting 5th on the grid, the team were well placed after the initial stints to compete for the podium. However an unfortunate incident with a HPD midway through the race meant they lost touch with the leading group. Tom, Mike, and Will were able to bring the car home to a decent 4th place finish nonetheless. 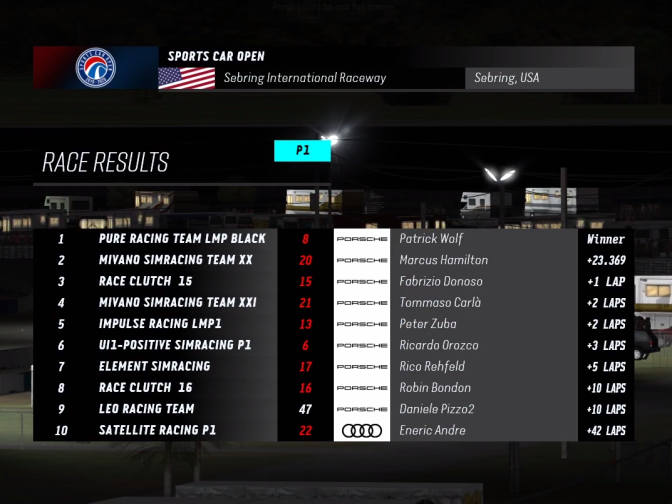 View all posts by Marcus Hamilton